A new paper in Astrophysical Journal Letters (ApjL) from the research team at the Institute of Space Sciences (ISS), entitled "Earth Wind as a Possible Exogenous Source of Lunar Surface Hydration", has been selected as a research highlight by Nature and the American Astronomical Society.The first author is Wang Huizi, a PhD student at ISS, and the corresponding authors are Dr. Zhang Jiang and Professor Shi Quanqi, supervisor of Wang H. and head of the magnetosphere and solar wind interaction team, Institute of Space Sciences, Shandong University. 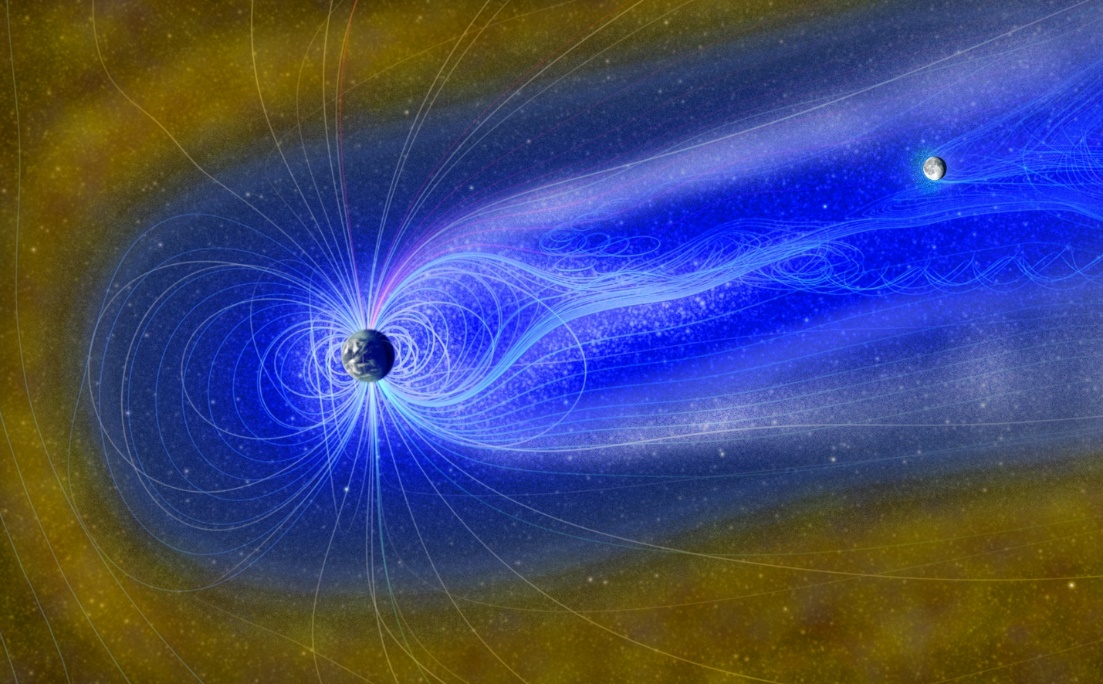 Figure 1. Depiction of the Moon during its transit through Earth’s magnetosphere. [From Emmanuel Masongsong, UCLA]

Before the Apollo era, theMoonwas thought to beas dry as a desert due to extreme temperatures and harshness of the space environment, which rapidly remove any water from the lunar surface. However, many studies have since discovered lunar water: ice in shadowed polar craters,andwater bound in volcanic rocks. These findings indicate that there must be a strong, continual source of lunar surface water, although there is still little consensus on its extent or origin. The prevailing theory is that positively charged hydrogen ions propelled by the solar wind bombard thelunar surface and spontaneously react with oxygen atoms in surface material, to make water (as hydroxyl (OH) and molecular (H2O)). As the Moon orbitsthe Earth, it spends 3–5 days each month shielded from the solar wind by the Earth’s magnetosphere. According to the prevailing theory, without a steady source of hydration from the solar wind, the amount of lunar surface water is expected to significantly decrease over this short time interval – but is this in fact the case?

The authors of the ApjL paper answered this question byobservations andsimulations of the lunar surface water at the high latitudes before/during/after Moon’s transit through the magnetosphere. Computer models predict that almost half of surface water should evaporate and disappear at high-latitude regions during the roughly three days around the full moon when it passesthroughEarth's magnetosphere. Surprisingly, the observationsof surface waterby the Chandrayaan-1 satellite's Moon Mineralogy Mapper (M3) show that lunar surface water doesnotdisappear during this magnetosphere shielding period, but instead remains steady at the high latitudes. This indicates that somehow the balance of water production and loss is maintained on the lunar surface, even though the source of hydration from the solar wind is removed.

By comparing time series of water surfaceconcentrationsat various stages while the Moon is outside and inside the magnetosphere, the authors argue that in the latter case lunar water could be replenished by flows of magnetospheric ions, also known as "Earth wind." The presence of these Earth-derived ions near theMoonwas confirmed by the Kaguya satellite, while THEMIS-ARTEMIS satellite observations were used to profile the distinctive features of ions in the solar wind versus those within the Earth wind. The latest studyon lunar surface waterrefutes the shielding hypothesis and instead suggeststhat the magnetosphere itself creates a "water bridge" that can replenish theMoon.

The studyis a collaborative effort involvinga multidisciplinary team of experts from cosmochemistry, space physics and planetary geology. In light of these findings, future studies of the solar wind and planetary winds can reveal more about the evolution of water in our solar system and the potential effects of solar and magnetosphere activity on other moons and planetary bodies.Advancingthis research will require newmissionsequipped with comprehensive hydroxyl/water mapping spectrometers, and particle sensors in orbit and on the lunar surface to fully confirm this mechanism. These tools can help to predict the best regions for future exploration, mining and eventual settlement on theMoon. Practically, this research canprovide supports forthe design of upcoming space missions to betterprotecthumans and satellitesagainstparticle radiation hazards, andimprove computer models and laboratory experimentsonwater formation in space.