Using a metal inert gas (MIG) welding power source, CC-WAAM generates a plasma arc between a metallic wire and a tungsten electrode in a narrow ceramic nozzle. Under the arc’s heat, the wire melts and produces droplets. The ceramic nozzle has a compulsively restraining effect on the arc and metal droplets. The droplets are ejected out of the nozzle with the arc for 3D printing. Ejecting the arc plasma guarantees good shielding and heat preservation for the hot liquid droplets as well as the liquid pool.

The distance from the torch to the substrate provides sufficient cooling space for molten droplets transfer. Thus, the heat input is significantly reduced. Layers produced by this method exhibit uniform and fine microstructures. The geometrical dimensions of each layer can also be effectively controlled by regulating the travel speed of the torch.

a. Schematic diagram of the CC-WAAM; b. The image of ejected arc and droplets in CC-WAAM. Image via Shandong University.

Getting the right parameters

The next challenge for the team was to develop system control parameters that ensure stability of the arc and droplet transfer. The stability of the arc promotes equilibrium transfer of the droplets. At the same time, the stable transfer of droplets keeps the arc stable. Confined space of CC-WAAM does not direct visual assessment of the arc, and droplet formation within the torch shroud is impossible. Therefore, the researchers studied the welding phenomena under different conditions through a high-temperature resistant glass by using high-speed photography.

The team concluded that the most suitable parameters for CC-WAAM are 300 A/18.3 V, gas flow 5 L/min. With these optimal parameters, a short and stable arc and high frequency droplet transfer are achieved. 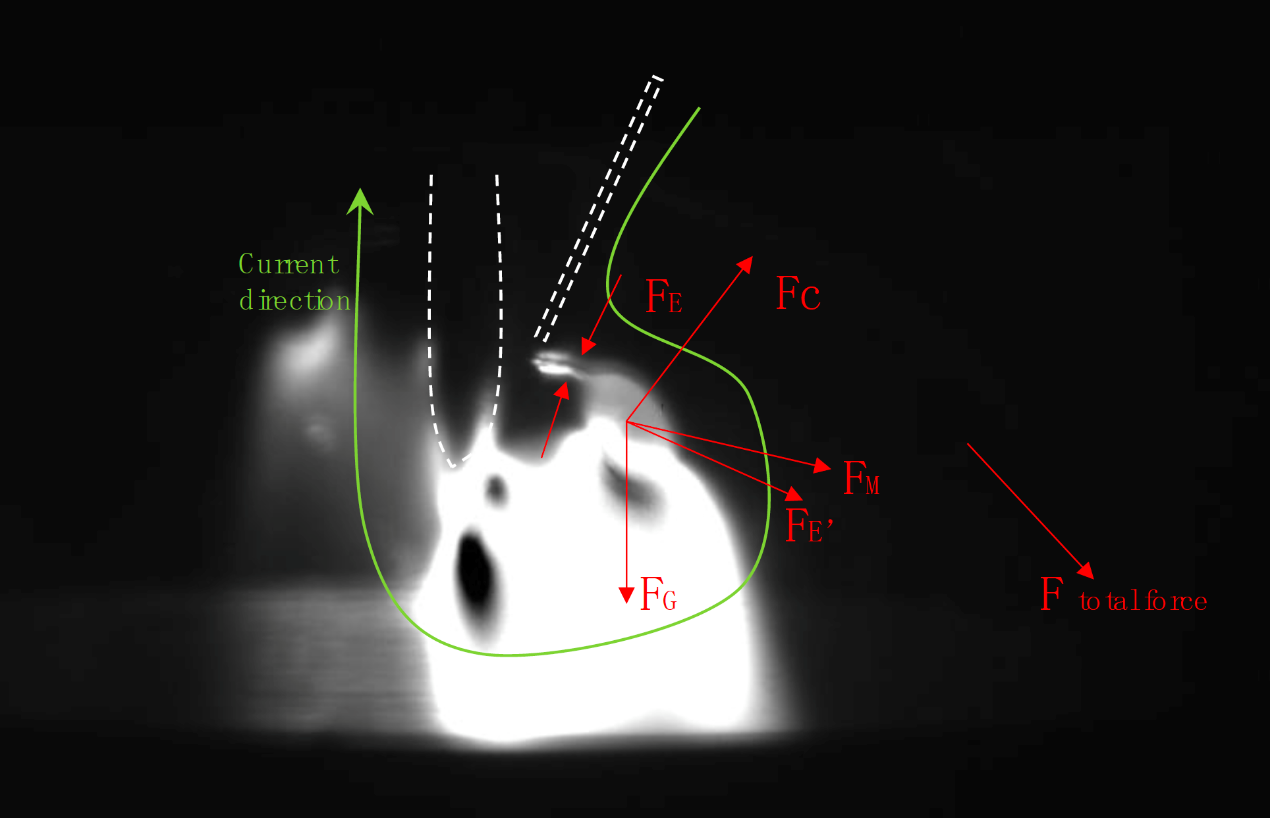 “Investigating the generation process of molten droplets and arc plasma in the confined space during compulsively constricted WAAM” is published in theJournal of Materials Processing Technology. It is co-authored by Meng Guo, Chuanbao Jia, Jihui Zhou, Wenqiang Liu, Chuansong Wu.