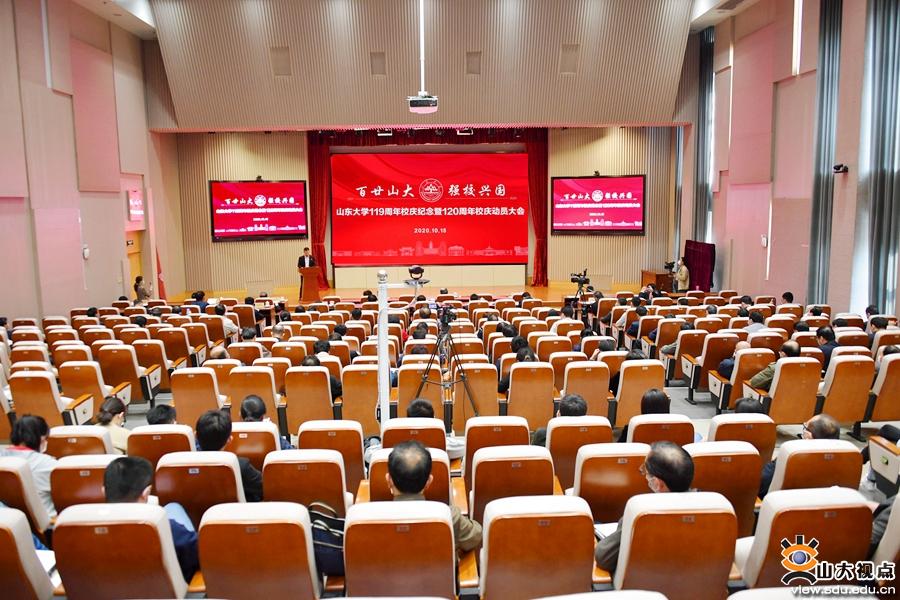 On October 15, Shandong University held its 119th anniversary commemoration and mobilization meeting for celebrating the 120th Anniversary. On the same day, the No.1 announcement of the 120th anniversary of the University was issued, together with the logo and topic. A series of celebration activities will be held for the anniversary.

Shandong University is one of the initiating universities that started modern Chinese higher education. Its predecessor can be traced to the Shandong Imperial College (Shandong Daxue Tang) established in 1901, the second state-run national university in China next to the Imperial University of Peking (1898). Moreover, it was the first university established and run in accordance with a university statute. Since its founding 119 years ago, it has cultivated more than 600,000 outstanding talents for all sectors of society in China. 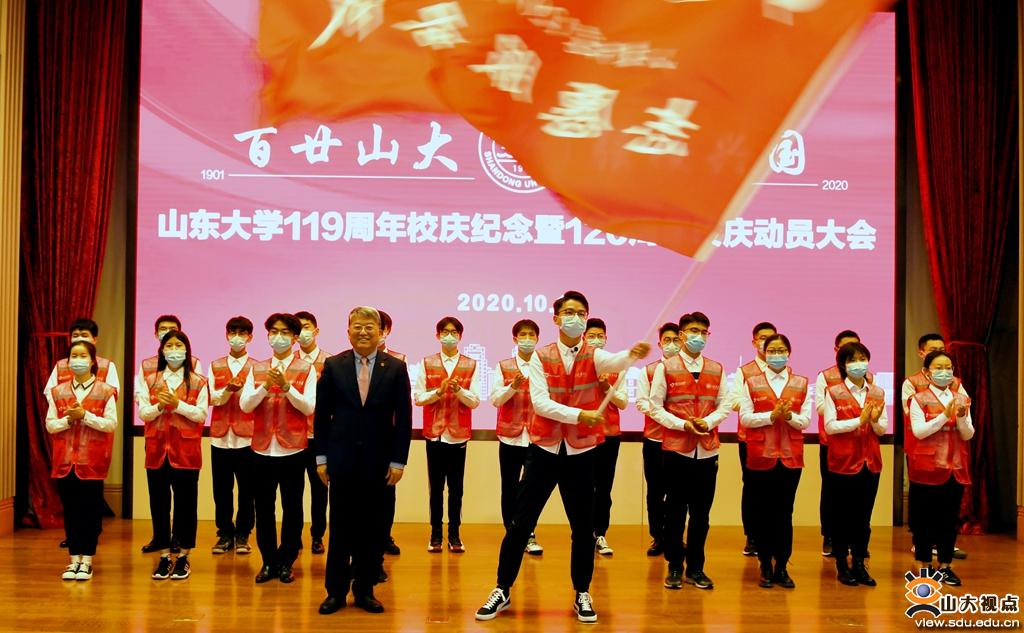 Guo Xinli, Secretary of the CPC Shandong University Committee, ritually presented the flag to the team of volunteers for celebration of the 120th anniversary. 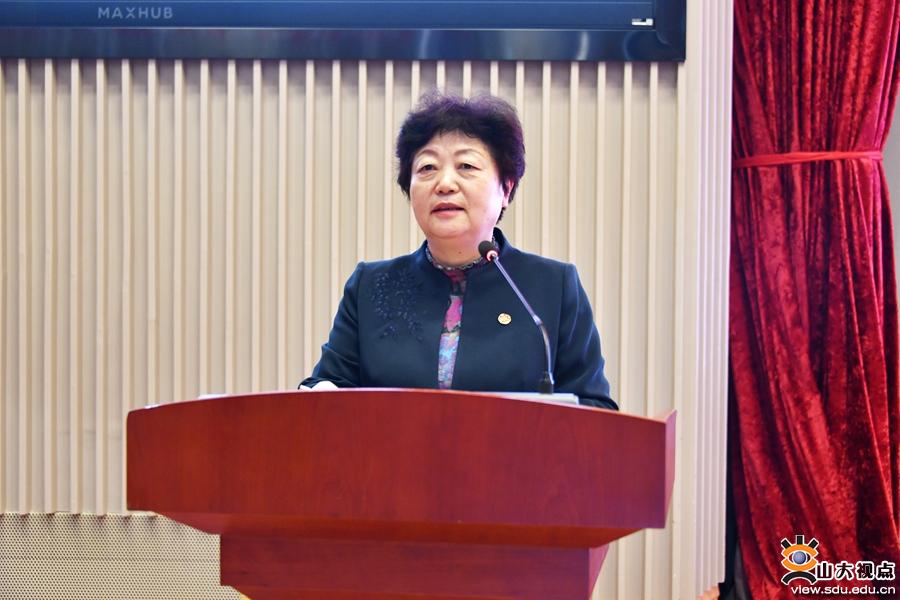 Fan Liming, President of Shandong University, extended her greetings and best wishes to all teachers, students, medical staff and alumni at home and abroad. She said that since its founding, Shandong University has always been adhering to the "pursuit of practicality and innovation" and has made brilliant achievements; it has also stuck to the principle of "taking root in China" and has made significant contributions to local construction; and it also insists on "cultivating talents for the world" and has achieved fruitful educational results. Particularly, in recent years, various undertakings of the University have shown fruitful, rapid progress, and remarkable achievements have been made in the construction of SDU into a world-class fine university, and firm steps have been taken in its historic transformation "from a large university to a strong one".

Fan expressed her hope that the 120th anniversary of the university will be celebrated in a humanistic, open and academic manner. She also expects that SDUers will remember the university’s history, defending the integrity, embark on a new journey of innovation, and make great efforts to strengthen the university and rejuvenate the country.

At the meeting, representatives of faculty, students, alumni and volunteers expressed their hopes for SDU. Some overseas alumni sent their best wishes to SDU through video clips, wishing it a better future for their alma mater.

SDU will be celebrating its 120th anniversary from January 2020 to December 2021, and various festive events will be held from October 1 through 20, 2021. Celebration activities include a large gathering for its 120th anniversary, music concerts, high-level academic seminars and press release of new research achievements, world-class university presidents' forum, etc. Among the activities for alumni's returning trip around their alma mater, the construction of "SDU alumni Industrial Park" is place on the agenda.

The management board of SDU, of SDU Alumni Association and its education foundation jointly launched a fund-raising campaign on October 15. The Funds collected will be used for aiding students' growth, teachers' career development and construction of academic disciplines.