Recently, Professor Zhang Qinghe's research group, from School of Space Science and Physics, Institute of Space Sciences, has published their new progress entitled  "A space hurricane over the Earth’s polar ionosphere" in Nature Communications, which has also been selected as a research highlight in Nature.

By using the comprehensive observations in the ionosphere and magnetosphere as well as a 3-D magnetosphere modeling, they made the first found of space hurricane (Figure 1). Professor Zhang Qinghe is the first author and corresponding author,Professor Zhang Yongliang from the Johns Hopkins University Applied Physics Laboratory State Key, and Professor Wang Chi's group from Center for Space Science and Applied Research, Chinese Academy of Sciences, have made great contributions to this work.

Hurricanes often cause loss of life and property through high winds and flooding resulting from the coastal storm surge of the ocean and the torrential rains. They are characterized by a low-pressure center (hurricane eye), strong winds and flow shears, and a spiral arrangement of towering clouds with heavy rains. In space, astronomers have spotted hurricanes on Mars, and Saturn, and Jupiter, which are similar to terrestrial hurricanes in the low atmosphere. There are also solar gases swirling in monstrous formations deep within the sun's atmosphere, called solar tornadoes with widths of several Earth radii (RE). However, hurricanes have not been reported in the upper atmosphere of the planets in our heliosphere.

An international team of researchers led by Prof. Zhang Qinghe  has answered the question by discovering a space hurricane in the Earth's polar ionosphere and magnetosphere through the satellite observations and high-resolution 3D global MHD simulations(Figure 2-4). The team found ahuge and long-lasting (about 8 hours) cyclone-like auroral spot (diameter over 1000 km) with multiple arms and a trend of anti-clockwise rotation around the north magnetic pole from four DMSP satellites observations. This cyclone-like auroral spot is also associated with1)a spot-like strong upward FAC (with sometimes a FAC hole developed in the center), 2) zero horizontal flow near its center (the hurricane eye) as well as strong flow shears around the edges, 3) ion upflows, 4) enhanced electron temperature (about 1000 K enhancement), 5) a negative-to-positive bipolar magnetic structure (implying a circular magnetic field perturbation), 6) electron inverted-V acceleration to above 10 keV, and 7) large and rapid deposition of energy and flux into the polar ionosphere (much stronger precipitating electron energy flux than that during typical quiet and substorm conditions, and comparable to that during super storms). These features are very similar with the hurricane in low atmosphere, thus, the team analogically names it as "space hurricane".

After detail analyzing of the observation and simulation results, the team found that the magnetic reconnection will steadily occur at high latitude lobe region for an extended period of time during a several hour period of stable northward IMF and very low solar wind density and speed. After the lobe reconnection, the newly reconnected open field lines are draped by the solar wind to move dawnward and then tailward from the morning side to the afternoon side in the high-latitude lobe region and will gradually return to their previous positions and participate in a new cycle of magnetic reconnection. Their evolution will eventually form a cyclone-shaped funnel of FAC with multiple FAC arms and a clockwise circulation of the plasma flow, due to the pressure gradient and magnetic stresses on both sides of the funnel for completing the FACs and the flow shear and curvature of the circular flow. Inside the funnel, a corkscrew magnetic field forms with circular flow and upward FACs, which accelerate electrons that precipitate into the ionosphere and create the auroral spot with multiple arms. This means that the space hurricane opens a rapid energy transfer channel from space to the ionosphere and thermosphere.

This study suggests that evenduring an otherwise extremely quiet geomagnetic condition,there are still existing local intense geomagnetic disturbance and energy depositions which is comparable to that during super storms. This will update our understanding of the solar wind-magnetosphere-ionosphere coupling process under extremely quiet geomagnetic conditions. In additional, the space hurricane will lead to important space weather effects like increased satellite drag,disturbancesin High Frequency (HF) radio communications, and increased errors in over-the-horizon radar location, satellite navigation and communication systems. 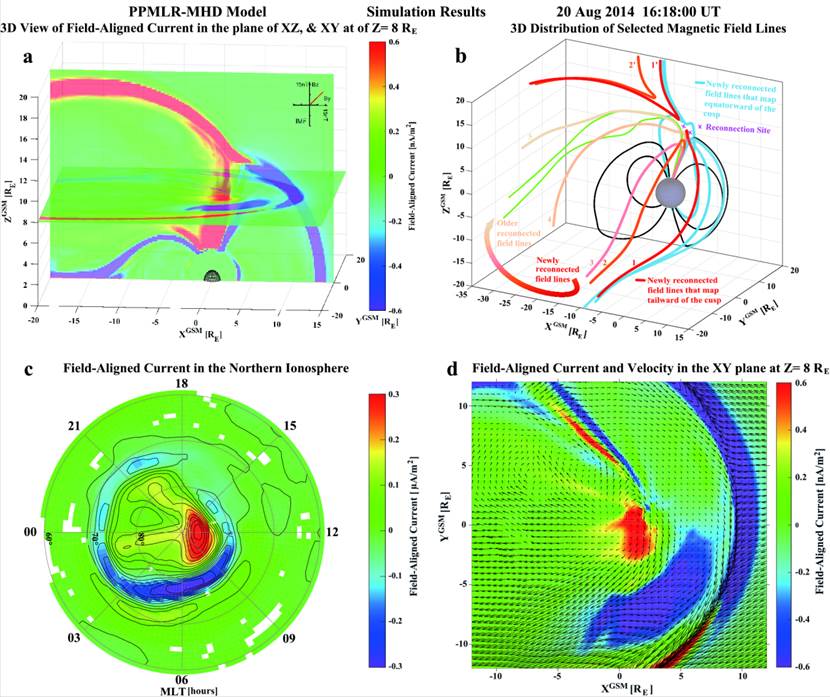 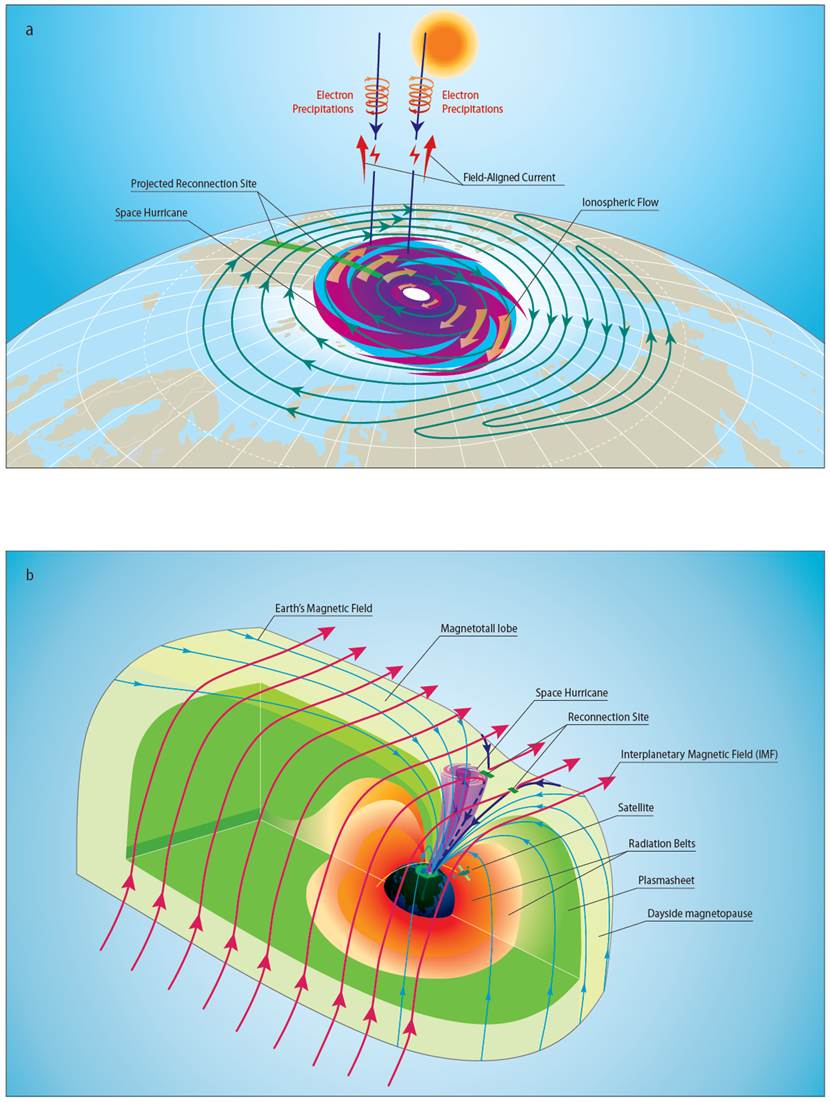 Fig. 4. Schematic of the space hurricane and its formation mechanism during an extremely quiet geomagnetic condition with northward IMF and adominant by component (Credit: Zhang Qinghe ).

This work was supported by the Chinese Meridian Project, the National Natural Science Foundation, the Specialized Research Fund for State Key Laboratories of China and National Key Laboratory of Electromagnetic Environment and the International Space Science Institute in Beijing. ProfessorZhang Qing-He is a professor at Institute of Space Sciences, Shandong University, China. His interests focus on the research of ionosphere-magnetosphere coupling and the associated space weather effects, and have made a series of progresses, such as fully tracking the large-scale Dungey convection cycle by using polar cap ionospheric patches, and the formation of multiple transpolar arcs, etc. Relevant works have been published inScienceas an issue highlight [Zhang et al., Science, 339, 1597-1600 (2013)], inJournal Geophysics Researches: Space Physicsas a cover letter paper [Zhang et al., JGR, 121, 9063–9074 (2016)], and in Proceedings of the National Academy of Sciences of the United States of America (PNAS)[Zhang et al., PNAS, 117(28), 16193–16198 (2020)], etc.

The link of this paper: