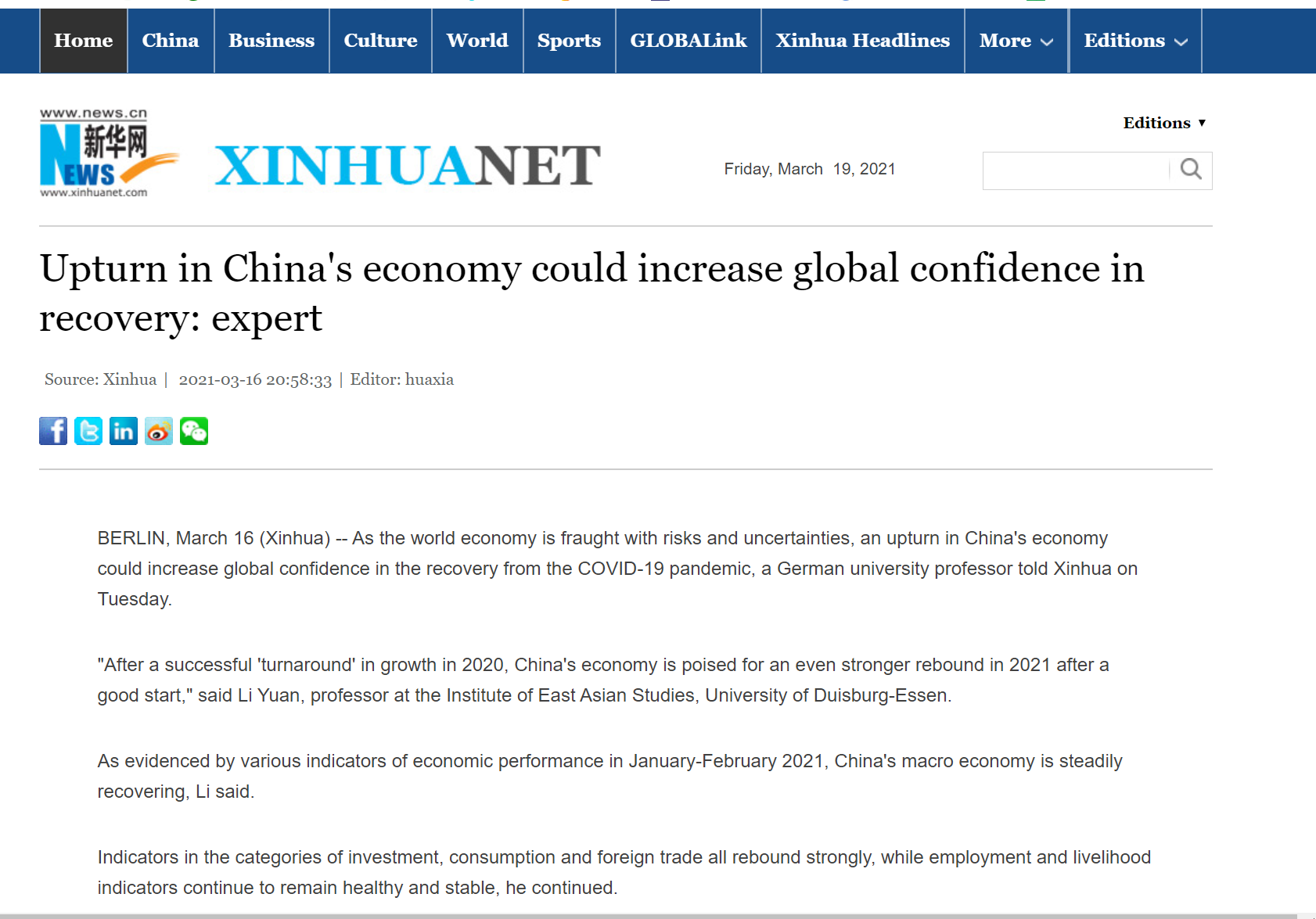 BERLIN, March 16 (Xinhua) -- As the world economy is fraught with risks and uncertainties, an upturn in China's economy could increase global confidence in the recovery from the COVID-19 pandemic, a German university professor told Xinhua on Tuesday.

"After a successful 'turnaround' in growth in 2020, China's economy is poised for an even stronger rebound in 2021 after a good start," said Li Yuan, professor at the Institute of East Asian Studies, University of Duisburg-Essen.

Indicators in the categories of investment, consumption and foreign trade all rebound strongly, while employment and livelihood indicators continue to remain healthy and stable, he continued.

China saw robust growth in different industries in February from a year earlier, continuing its role of being a driver behind the global economy under the impact of the COVID-19 pandemic.

According to data from China's National Bureau of Statistics, the country's value-added industrial output, an important economic indicator, went up 35.1 percent year on year in the first two months of 2021.

Compared with the level in the same period of 2019, the January-February output represented a 16.9 percent growth, with an average growth of 8.1 percent in two years, the data showed.

China has proven its ability to successfully prevent and control the epidemic while ensuring overall economic stability, said Li, who is also vice dean of the Institute of International Studies, Shandong University.

"This shows that under the strong leadership of the Communist Party of China, the Chinese economy will surely be able to sail steadily through any major storm," he added. Enditem